Featured, The 12 DIYs of Christmas

The 12 DIYs of Christmas: Calligraphy cards 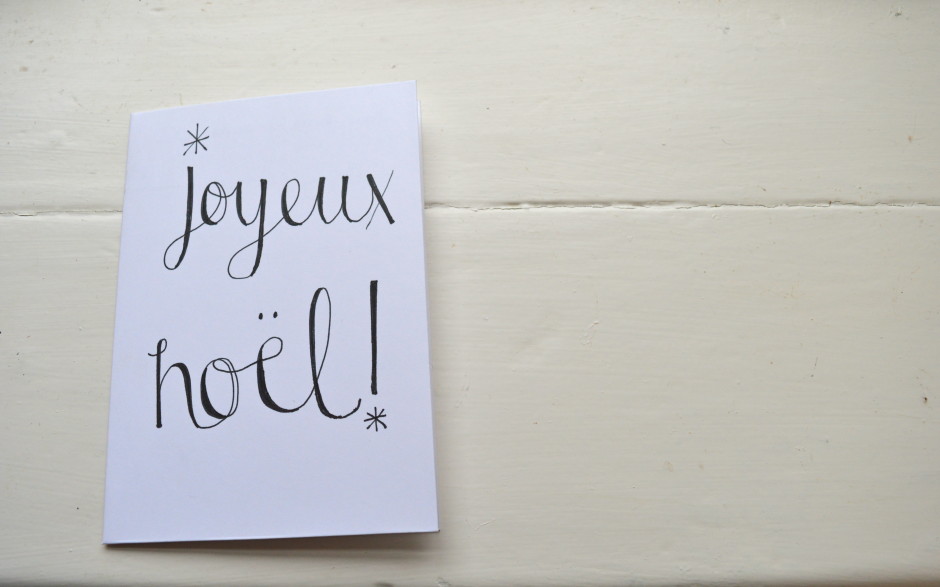 I’ve never been a massive fan of my own handwriting. I think it was once referred to as elephant handwriting (thanks Mum!) but it has gotten slightly better and smaller since then.

I had the idea of making my own Christmas cards this year to save money and because it seemed like a fun thing to do, so of course I looked on Pinterest for ideas. As I’m not an arty person, I wanted something easy-ish to do and there were some great tutorials for calligraphy there.

The great thing about making your own cards is that it doesn’t have to be expensive. Plain cards are very affordable and most gel pens will do. So there’s really no need to go out and buy all the supplies.

This tutorial is actually for fake calligraphy, an easy way of writing that will make your Christmas cards appear fancy when really it’s just a bit of extra effort with your handwriting. 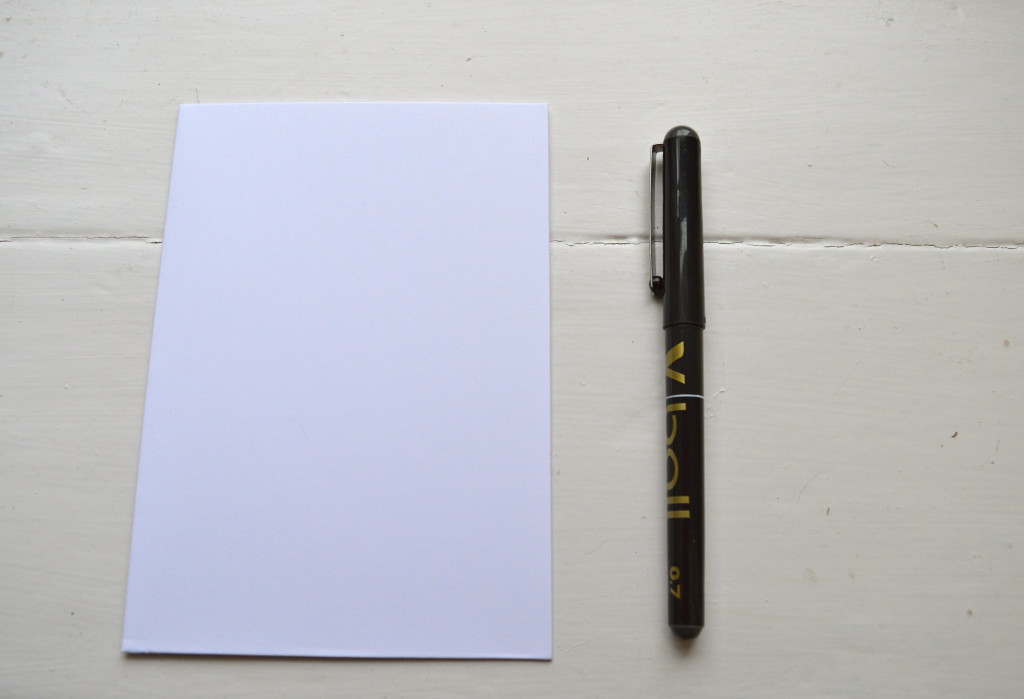 Plain cards (I used a pack of 10 from WH Smith) 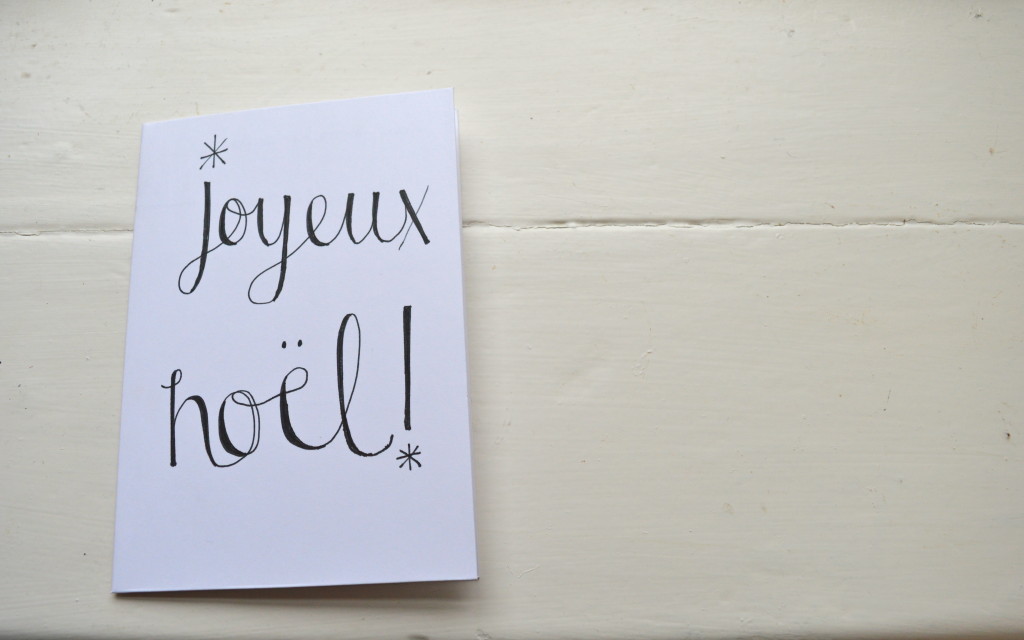 Practise your best curly handwriting on a scrap piece of paper. I found it was easier to write in lowercase despite having an argument with my inner subbing self about grammar. Draw an extra line on the downward longer strokes of each letter and fill this in.

When you’re confident, have a go on your cards. You can, of course, draw it all out in pencil and rub it out afterwards when the ink is dry, but I personally decided to wing it, although I have also been practicing for about a week. If you’re new to this though, beware of your spacing and use a ruler until you’re confident that your words are going to look fairly identical. Once done, leave to dry for a few minutes so you don’t smudge your work. 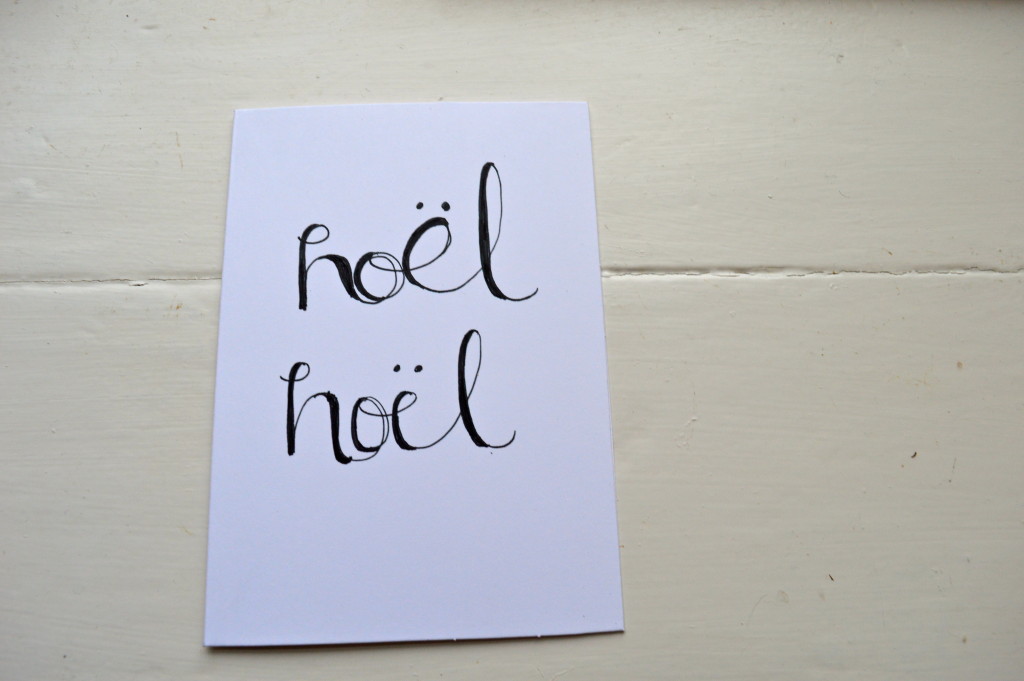 The good thing about fake calligraphy is that you can use your own handwriting – it doesn’t have to be amazing. If my elephant handwriting can cut it, then I’m sure anyone’s can! This tutorial can be used year round too, so is perfect for birthdays, anniversaries, Easter and general well wishes.

As always, show me what you’re making by using #12DIYsofChristmas. And finally, here’s a video tutorial I made of the calligraphy process. Give it a thumbs up on Youtube if that’s your thing!

The 12 DIYs of Christmas: Crochet a snowflake

The 12 DIYs of Christmas: Tree decorations